The Impact of BMI on Women’s Physical Health Ratings, Fibroids, Anemia and Infertility 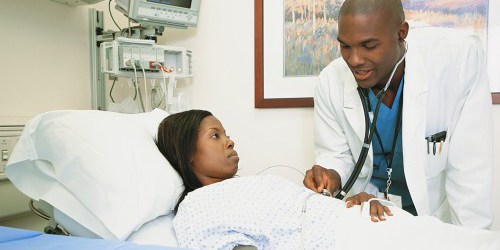 Obesity is considered a global epidemic that will be the leading cause of death by 2020, according to the World Health Organization (WHO). This research supports the regression-related central organizing hypothesis (COH) that the Body Mass Index is explainable by physical health ratings for women across racial and ethnic groups and their self-reports of diagnosed fibroids, anemia and infertility. Multiple regression and percent distribution were used to address the COH by analyzing data from the Collaborative Psychiatric Epidemiology Surveys (CPES) as part of the National Survey of American Life (NSAL), 2001-2003. Based on the differential effects theory, this research helps to fill a void in the literature on reproductive health through the lens of obesity as it relates to race, ethnicity and gender. It may also have clinical and public health implications, such as enhancing awareness and wellness outcomes among black women who suffer disproportionately from obesity, infertility, fibroids and anemia, which is a risk factor for pregnancy complications and low birthweight.

The intersection of reproductive health and obesity are rarely discussed as they relate to black women, who are already disproportionately affected by health disparities. African-American women are at the center of the global obesity epidemic that WHO predicts will be the leading cause of death by 2020. About four out of five African-American women are overweight or obese — the highest rate of any group in the United States (Office of Minority Health 2016). At this critical juncture in health care, this research will shed light on the impact of obesity on fibroids, infertility and anemia.

“Uterine fibroids are the most common benign tumors in women of childbearing age,” according to NIH: National Institute of Child Health and Human Development (2017).“Fibroids are made of muscle cells and other tissues that grow in and around the wall of the uterus, or womb. The cause of fibroids is unknown. Risk factors include being African American or being overweight.” Black women are three time more likely than white women to have fibroids (Brigham and Young Hospital 2017). The risk is two to three times higher for heavy women (Office of Women’s Health reports 2017). Fibroids are also more prevalent as women reach the 30s and 40s, which includes the median age (44) of the population for this research paper (Brigham 2017).

Infertility is also a rarely discussed issue among African Americans. However, black women are infertile as much as or more than white women, said Rosario Ceballo, who published a 2016 paper in the Psychology of Women Quarterly titled “Silent and Infertile: An Intersectional Analysis of the Experiences of Socioeconomically Diverse African American Women With Infertility.”

Anemia disproportionately affects women. It can lead to fatigue, which impairs a woman’s ability or willingness to exercise, possibly leading to weight gain and placing her at risk for chronic health conditions. “The prevalence of iron deficiency anemia is 2 percent in adult men, 9 to 12 percent in non-Hispanic white women, and nearly 20 percent in black and Mexican-American women” (Killip, Bennett and Chambers 2007). Anemia can be especially problematic during pregnancy when blood needs increase by a third. Severe anemia increases the risk of pre-term delivery, blood loss during labor, low-birthweight babies and infection (American Society of Hematology 2017). Black women are three times more likely than white women to have low birthweight babies of 5.5. pounds or less (Black Women’s Health Imperative 2017).