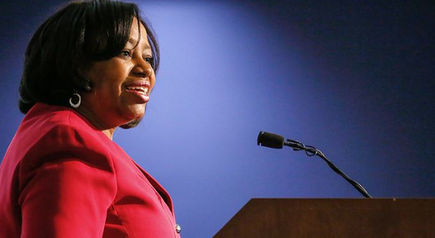 Black History Month keynote speech at the University of Toledo. 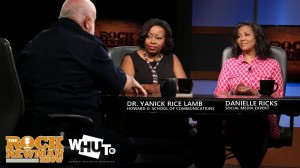 “The Rock Newman Show” on WHUT.

Yanick Rice Lamb’s mission is to give voice to the voiceless and share the gift of knowledge through the written word. An award-winning journalist, author, educator and speaker, Lamb shares her expertise at Howard University, where she is a professor and former chair of the Department of Media, Journalism and Film. She teaches multimedia reporting, interactive editing and magazine publishing. She is also adviser to 101 Magazine, the Howard University News Service and TruthBeTold.news, a fact-checking site created under the Challenge Fund for Innovation in Journalism Education administered by the Online News Association.

Her research focuses on health as well as the impact of social media and technology, entrepreneurship, media management, and diversity in hiring, promotion and coverage. It has been published in the Journal of Magazine and New Media Research, Asia-Pacific Media Educator, Fight the Power! The Spike Lee Reader and Social Media: Pedagogy and Practice. She also received an Industry Research Award from the Association for Education in Journalism and Mass Communications for research on tablet use by newspapers and magazines.

In addition to teaching, Lamb is an independent journalist, media consultant and co-founder of FierceforBlackWomen.com, which was honored with a Clarion Award for web excellence from the Association for Women in Communication. Her work has also appeared in The New York Times Magazine, Essence, Parenting, Ebony, The History Channel Magazine, TheRoot.com, ESPN’s TheUndefeated.com and BlackAmericaWeb.com. Through an Association of Health Care Journalists fellowship, she spent a year investigating long-term care of the uninsured for the article “Stuck in the Hospital” and is currently completing an environmental health project through the Fund for Investigative Journalism. She received a Salute to Excellence Award in Digital Features from the National Association of Black Journalists for “Dealing With Dementia,” which she wrote as a John A. Hartford/MetLife Foundation Journalism in Aging & Health Fellow. She is featured in the Library of Congress as a History Maker in media and education. Other honors include a Folio: Editorial Excellence Award, McDonald’s Black History Maker of Today Award in Journalism, Distinguished Service to Humanity Award from Project GRAD (Graduation Really Achieves Dreams) and a Stateswoman of the Black Press Award. 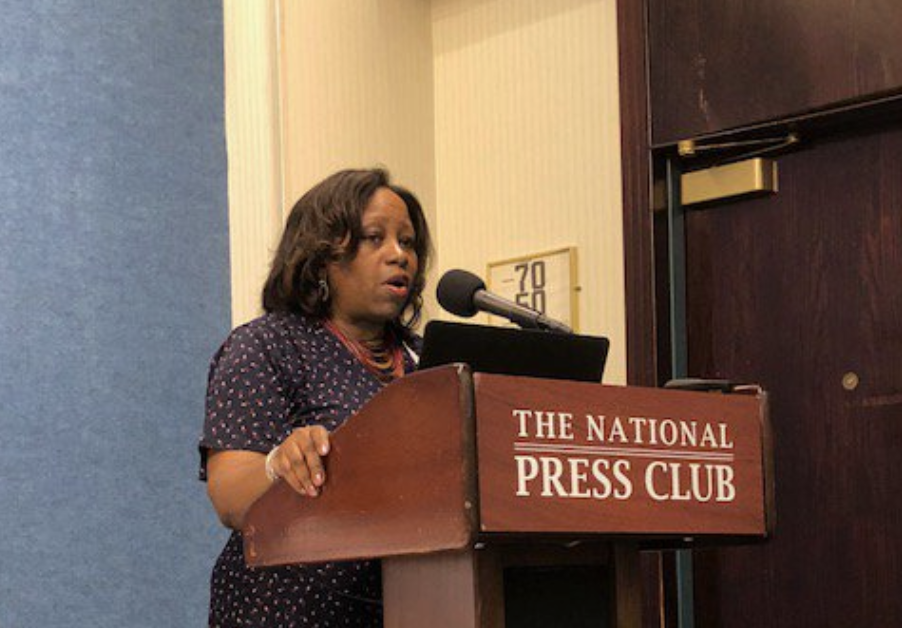 Speaking at the National Press Club.

At Heart & Soul, she served as editor-in-chief, editorial director, associate publisher and vice president, successfully relaunching the health magazine under three owners. As founding editor of BET Weekend, her editorial vision led to the magazine becoming the second-largest black publication, growing nearly 40 percent from 800,000 to 1.3 million in just three years. She spent a decade at the New York Times as assistant style editor, deputy home and living editor, assistant editor of Connecticut Weekly, metropolitan copy editor and layout editor on the news desk. She was also senior editor at Child magazine, copy editor at The Atlanta Journal-Constitution, reporter at The Toledo Blade, editor-at-large at Essence magazine and contributing editor for Emerge. Her clients at Miyan Media Group have included The Magazine Group, BET, Essence, Heart & Soul, Afro-American Newspapers, the Fort Greene News, and authors Cheryl Martin and the late Ron Walters.

Her expertise has been tapped as a source for articles in a variety of newspapers, magazines and websites; national radio programs on NPR, Sirius XM, Pacifica, CBS, as well as local shows ranging from WLIB-AM and 1010 WINS in New York to V103 in Chicago. She is regularly featured on “The Daily Drum” on WHUR-FM in Washington, D.C. Television appearances have included BET, CBS News, C-Span, New York One, America’s Voice Network, the Berlin-based Deutsche Welle channel along with several network affiliates and morning shows around the country. Lamb has also been a keynote speaker and facilitator at universities, churches, corporations, professional and civic organizations such as the Executive Leadership Council and National Urban League chapters.

Lamb is co-author of Born to Win: The Authorized Biography of Althea Gibson, Rise & Fly: Tall Tales and Mostly True Rules of Bid Whist and The Spirit of African Design. She is a contributor to BET on Black: African-American Women Celebrate Fatherhood in the Age of Barack Obama, Fight the Power! The Spike Lee Reader, Haternation, Social Media: Pedagogy and Practice, Aunties: 35 Writers Celebrate Their Other Mother and Health & Healing for African-Americans. Nursing Wounds is her forthcoming debut novel.

A native of Akron, Ohio, Lamb holds a bachelor’s in journalism from The Ohio State University and an MBA from Howard University, specializing in media management and marketing. She is currently pursuing a doctorate in Medical Sociology at Howard with a dissertation on environmental health.

Powerhouse performance by @EdwardNorton in @MotherlessBKLYN ! Fantastic discussion following the film with the actor/writer/director and @HowardU professor @yrlamb .What better way to launch our first screening at @motionpictures newly renovated hq?@wbpictures pic.twitter.com/EhEUpgPNIP 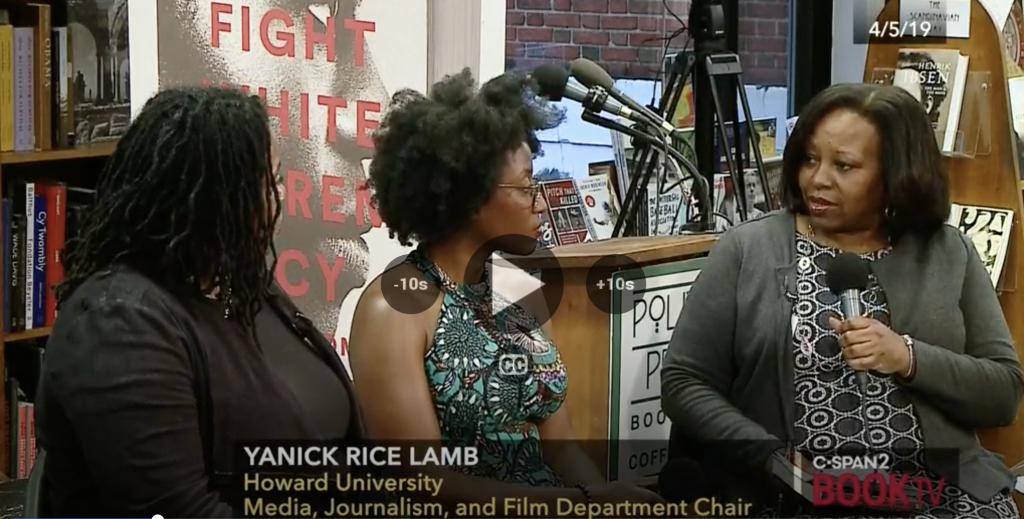 On C-Span’s Book TV with Akiba Solomon and Kenrya Rankin, co-authors of “How We Fight White Supremacy.” Click here to listen.