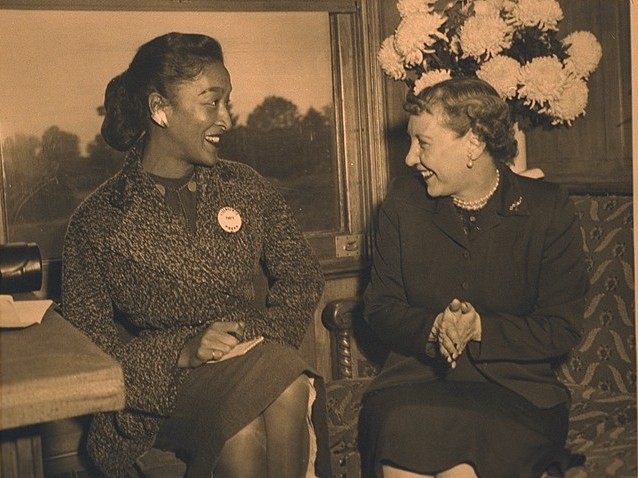 Refereed Journal Article (Under review by the Journalism, Sage Publishing)

From 1943 to 1962, Evelyn Cunningham was a reporter and columnist for the Pittsburgh Courier, a leading black newspaper. She also spent five years as a radio host, interviewing newsmakers ranging from Malcolm X to Sammy Davis Jr. Known as the “lynching editor,” Cunningham was among the few women who covered the hot spots of the Civil Rights Movement. She chronicled an important chapter in U.S. history, not only as a correspondent for the black press but also as a stringer for New York dailies. However, little is known about Cunningham’s role as a journalist and witness to history. My ongoing research attempts to correct this through in-depth interviews with Cunningham, her peers, and observers, as well as a review of her work, papers, and articles about this pioneer.

I’ve also been invited to submit a chapter on this topic to a book titled To Make the World Better, edited by Dorothy Gilliam, former columnist of the Washington Post, and Angela Dodson, an editor at Diverse Issues in Higher Education, formerly of the N.Y. Times and Black Issues Book Review.

← Invited Book Chapter: “Daddy, My Brother Barack and Me” Peer-Reviewed Article: “All the News That Fits on Tablets” →