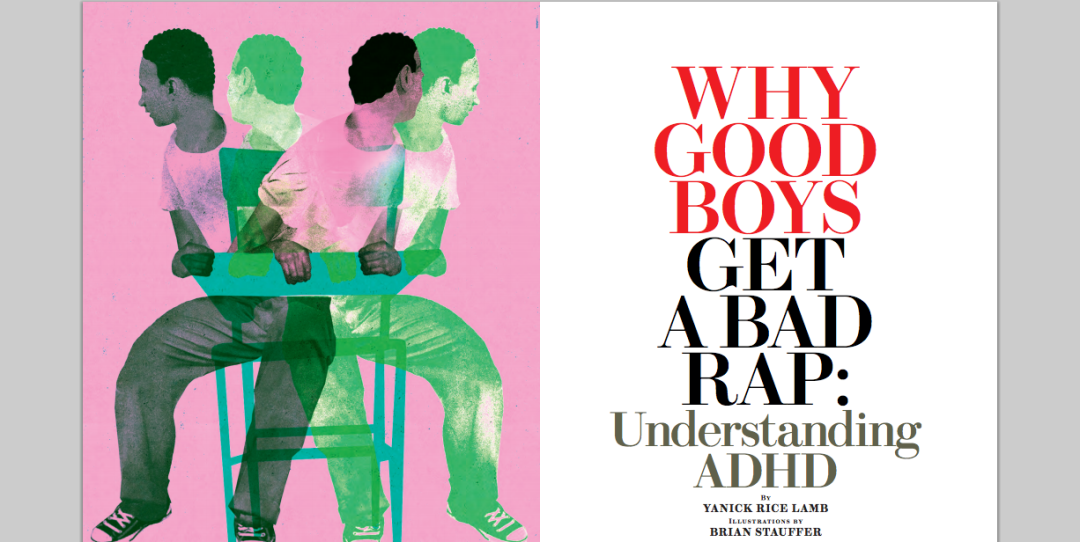 Title: “Why Good Boys Get a Bad Rap: Understanding ADHD”

I was invited to write an article on Attention Deficit Hyperactivity Disorder (ADHD) for a special section on black males in Ebony, the largest and oldest magazine targeted to African Americans with a rate base of 1.25 million and a readership of 11.4 million. The article was a finalist for a Salute to Excellence Award from the National Association of Black Journalists.

ADHD is a critical issue for African Americans, resulting in a disproportionate number of misdiagnosed children in special education. The article resonated with readers, educators and health professionals, while highlighting how parents are dealing with educational, behavioral and medical issues affecting their children, while fighting against stigmas and stereotypes.

In addition to a wide range of parents, I interviewed leading physicians and scholars at Howard University including Dr. Leslie Fenwick, former dean of the School of Education, and Dr. Ivory Toldson, who has conducted extensive research on black males.