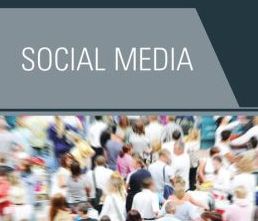 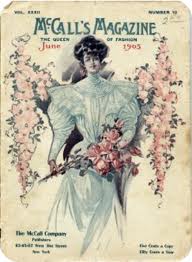 For more than a century, a group of women’s magazines known as the Seven Sisters have been leaders in their category. Since the onset of the women’s movement, their relevance has been questioned and one of the sisters has died. This research paper will seek to determine if the magazines are effectively using websites, cell phones and tablets based on a multi-platform analysis of content as well as mobile, app and website usability frameworks.

For more than a century, the “Seven Sisters” have dominated the women’s magazines category (Johnson and Prijatel, 2007). They have also been leaders in magazine publishing overall, with some titles ranking in the top 10 for circulation and advertising revenue. The eldest sister, McCall’s, was born as The Queen: Illustrating McCall’s Bazaar Glove-Fitting Patterns in 1870 (Endres and Luech, 1995). Her siblings appeared from the 1880s to 1930s: Ladies Home Journal, Good Housekeeping, Redbook, Better Homes and Gardens, Woman’s Day, and finally Family Circle.

Over the years, the magazines have undergone periodic makeovers, as feminists and others questioned their relevance and historical focus on homemaking especially during the women’s movement of the 1960s and 1970s. One of the most severe makeovers led to the death of McCall’s, which morphed into Rosie the Magazine in 2001 to compete with upscale women’s magazines such as O the Oprah Magazine and Martha Stewart Living. In November 2000, comedian and talk-show host Rosie O’Donnell signed an agreement with Gruner & Jahr to be a partner in what was originally conceived as Rosie’s McCall’s (Kuczynski, 2001). By the end of 2002, Rosie had ceased publication amid a flurry of counter-suits (McCafferty, 2003).

In light of one of the most radical eras of media transition, this study will analyze whether the survivors are keeping up with technological advances to serve readers and remain competitive with younger women’s magazines. It will seek to determine if the magazines are effectively using websites, cell phones, and tablets — the primary tools at the center of this digital transformation. This research coincided with the debut of the iPad. Effective use of these tools can impact a media company’s success, and the success of the major publications examined in this study has implications for magazine publishing in general.

“This book is an impressive blend of theoretical overview, case studies, and practical application of social media content and platforms. It makes a compelling case for social media literacy, exploring its social and civic uses while arguing for the need to understand and harness the potential of social networks.” (Beth Dobkin, provost and vice president for academic affairs, St. Mary’s College, California)

“With an emphasis on underrepresented groups in the communications industries, this book brings diverse voices to discuss social media. I recommend this book for students wanting to study social media, faculty who need to incorporate it and practitioners who wish to improve their use and understanding of it.” (Rochelle L. Ford, professor and chair of Public Relations, Syracuse University)

This study incorporated Dr. Jakob Nielsen’s widely cited usability research as a theoretical framework to analyze 10 magazines along with their websites, mobile sites, and any iPad apps to address the following research questions: