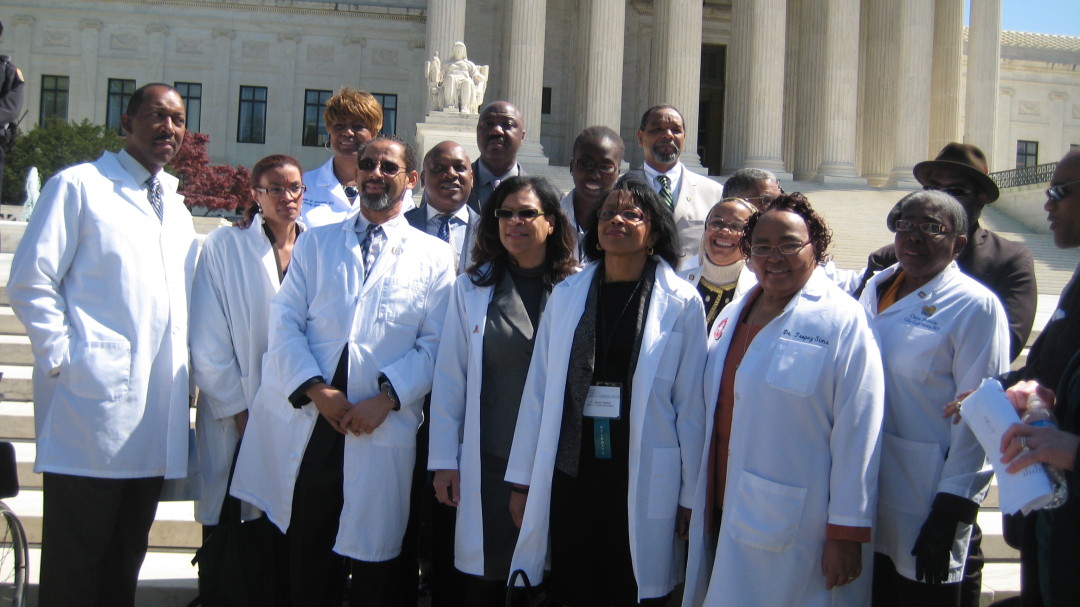 Research and Reporting on the Patient Protection and Affordable Care Act

This collection of research and reporting on the Patient Protection and Affordable Care Act is noteworthy because of the historic nature and importance of health reform as well as the vital need to enhance understanding and awareness among citizens, regardless of their stance. These articles brought much-needed attention to unreported and underreported aspects of health reform. They also provided customized content relevant to African Americans.

They are an outgrowth of my initial coverage of the inaugural three-day arguments at U.S. Supreme Court and later challenges there. In both cases, I was one of just a few African-American journalists credentialed to cover the proceedings. My work has appeared in a variety of publications and websites before, during and after the hearings, which have also been highlighted in my classes at Howard University as well as with high school students in the Urban Health Media Project under our $300,000 Kellogg grant.

My research and preparation also included participation in a National Press Foundation webinar, seminars sponsored by the Association of Health Care Journalists and Kaiser Health News, along with a White House town hall and briefings with the Secretary of Health and other cabinet members. I conducted some of the reporting with support from the Journalists in Aging Fellows Program, a project of the Gerontological Society of America (GSA)  and New America Media, with funding from the Silver Century Foundation.

The components of this compilation have had widespread distribution, including:

Here are representative samples of follow-up articles to the initial coverage:

This collection meets criteria No. 10 set forth on page 10 in Appendix A of Recommendation 305-2015as an Exemplary Creative/Professional Activity:

Physicians from the National Medical Association gather on the steps of U.S. Supreme Court to show their support for the Patient Protection and Affordable Care Act. (Photo: Yanick Rice Lamb)