Research and Reporting on Health and Fitness 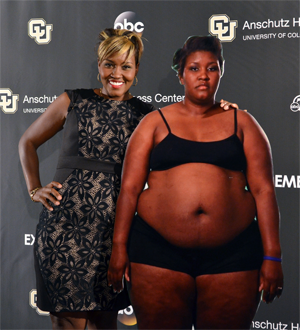 Research and Reporting on Health and Fitness

This collection of research and reporting on health and fitness is noteworthy because of the scope and reach of the publications; their individual and collective impact; and their societal, journalistic and historical contributions. These articles bring much-needed attention to unreported and underreported topics. This is significant, because coverage of such topics can increase understanding among various segments of the population; present solutions to problems; or stimulate efforts to solve them.

Members of the general public as well as some medical experts have come to respect and value my body of work on health care and social issues. My work has stood out for my ability to review the literature and sort through the research to write, assign and edit relevant and reader-friendly articles. I am able to translate medical jargon and complex information into lay terms while writing articles that also resonate with the medical community or elected officials. This includes several articles for TheGrio.com, ranging from the salt in children’s diets to the mental health effects of televised tragedies, such as the Boston Marathon bombing.

With the onslaught of bad news about health and disparities, I’ve been praised for effectively reaching people where they are and providing different points of entry to news and information about healthy lifestyles. That means I know when to convey serious news — straight no chaser — or when to take a lighter approach that might help to alleviate stress (a risk factor for a host of diseases) or to encourage someone to get off the couch and move.

The articles on the International AIDS Conference are significant because of the disproportionate impact of HIV/AIDS on people of color throughout the world, the lack of understanding of the disease, stigma and the lack of awareness on promising developments. In addition, this was the first time that the conference had been held in the United States in two decades. The conference consumed the entire Washington Convention Center as well as other venues. The scope of the conference, along with the intricacies of HIV/AIDS required extensive research beforehand, careful analysis in determining the significance of the findings presented, and measured reporting in telling what was noteworthy.

Some of these articles on physical, mental, spiritual and emotional health have been widely distributed through outlets such as:

This collection meets criteria No. 10 set forth on page 10 in Appendix A of Recommendation 305-2015 as an Exemplary Creative/Professional Activity:

← Honors, Awards and Other Distinctions Research and Reporting on Political and Social Issues →