Hanging at LeBron’s High School: A Sweet Night for the Akron Faithful 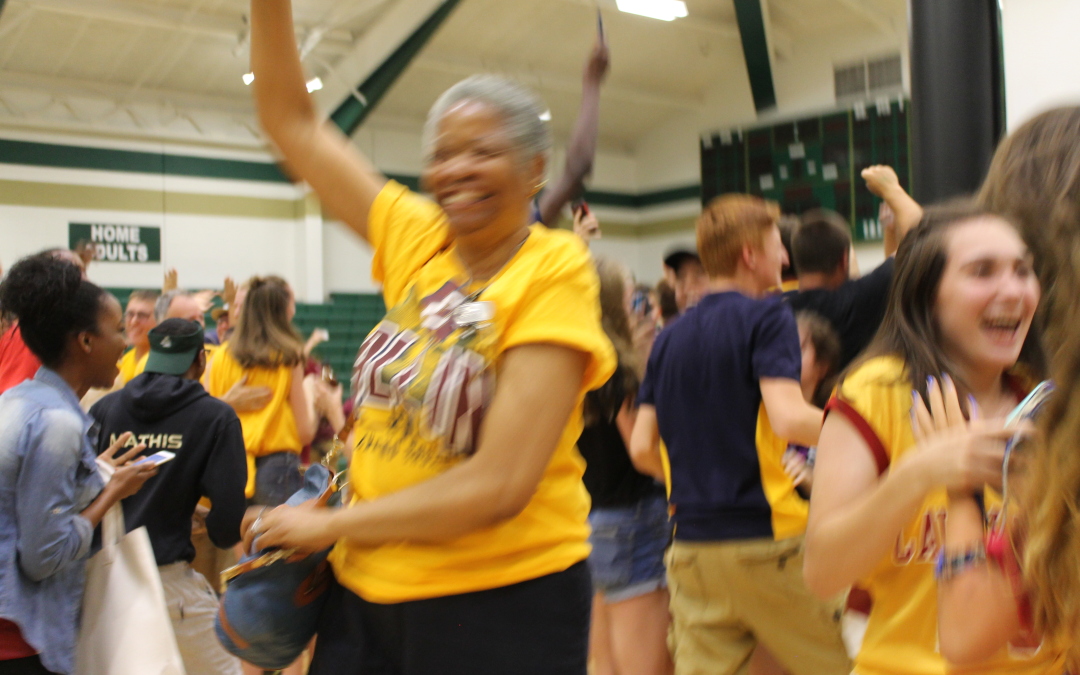 Preston Clark was so sure that the Cleveland Cavaliers would win Game 7 that he wore a championship T-shirt to a watch party at LeBron James’ alma mater in Akron, Ohio. By halftime, Ace Epps was envisioning the Cavs pouring “golden” champagne all over the locker room in Oakland, California, even though they were down by seven points at 49-42. And Edith Cunningham-Bowman spoke about the possibility of a ring as if she were about to be betrothed.

They were among their own at the LeBron James Arena at Akron St. Vincent-St. Mary High School with perhaps a stray Golden State Warriors fan or two among the 500 followers of King James who cheered his every block and basket, wearing No. 23 jerseys from his high school and pro careers.

“What better place to be than at St. V, where it all started,” Cunningham-Bowman said of the gym renamed for and renovated by Akron’s favorite son.

The watch party was organized and hosted by Willie McGee, who returned as athletic director at St. Vincent-St. Mary, where he and James were part of a local fab five who captured the state championship in 2003.

Long before the NBA Finals, people laughed and called such talk of Cleveland winning it all crazy — especially when Golden State had a 3-1 lead and home-court advantage for the deciding game.

People also laughed two years ago when I speculated that James might head back to Ohio. Not only did James have unfinished business in his quest to lead the Cleveland Cavaliers to a championship, but he was also feeling the tug of home.